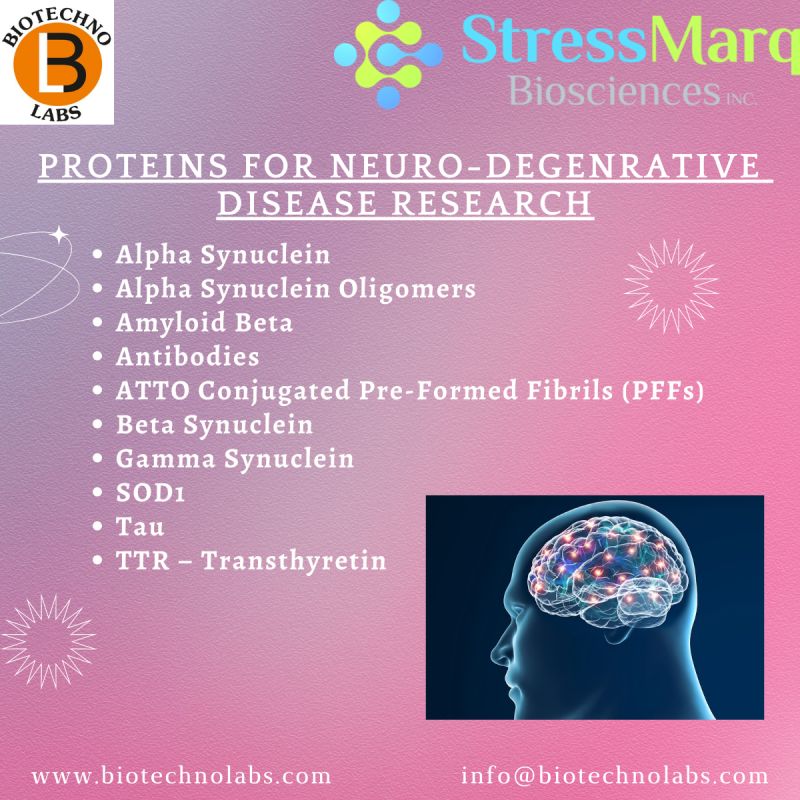 The accumulation of Aβ plaques in the brain is considered a hallmark of Alzheimer’s disease (AD), and most of the drugs tested for AD in the past 20 years have targeted amyloid beta accumulation. Alpha Synuclein is a protein that aggregates in Parkinson’s and other neurodegenerative diseases. Monomers misfold and aggregate into oligomers, protofibrils, and ultimately large fibrils that can seed further aggregation. Alpha Synuclein monomers can aggregate to form a variety of oligomeric species. If aggregation continues, they form protofibrils and fibrils as found in Lewy bodies. Beta synuclein, like alpha synuclein, is found in presynaptic nerve terminals. It is believed to play a role in maintaining vesicular membrane curvature and does not aggregate under physiological conditions.

We, BTL Biotechno Labs Pvt Ltd based in New Delhi, India are committed to being the most reliable supplier for life science research products in the entire Indian market