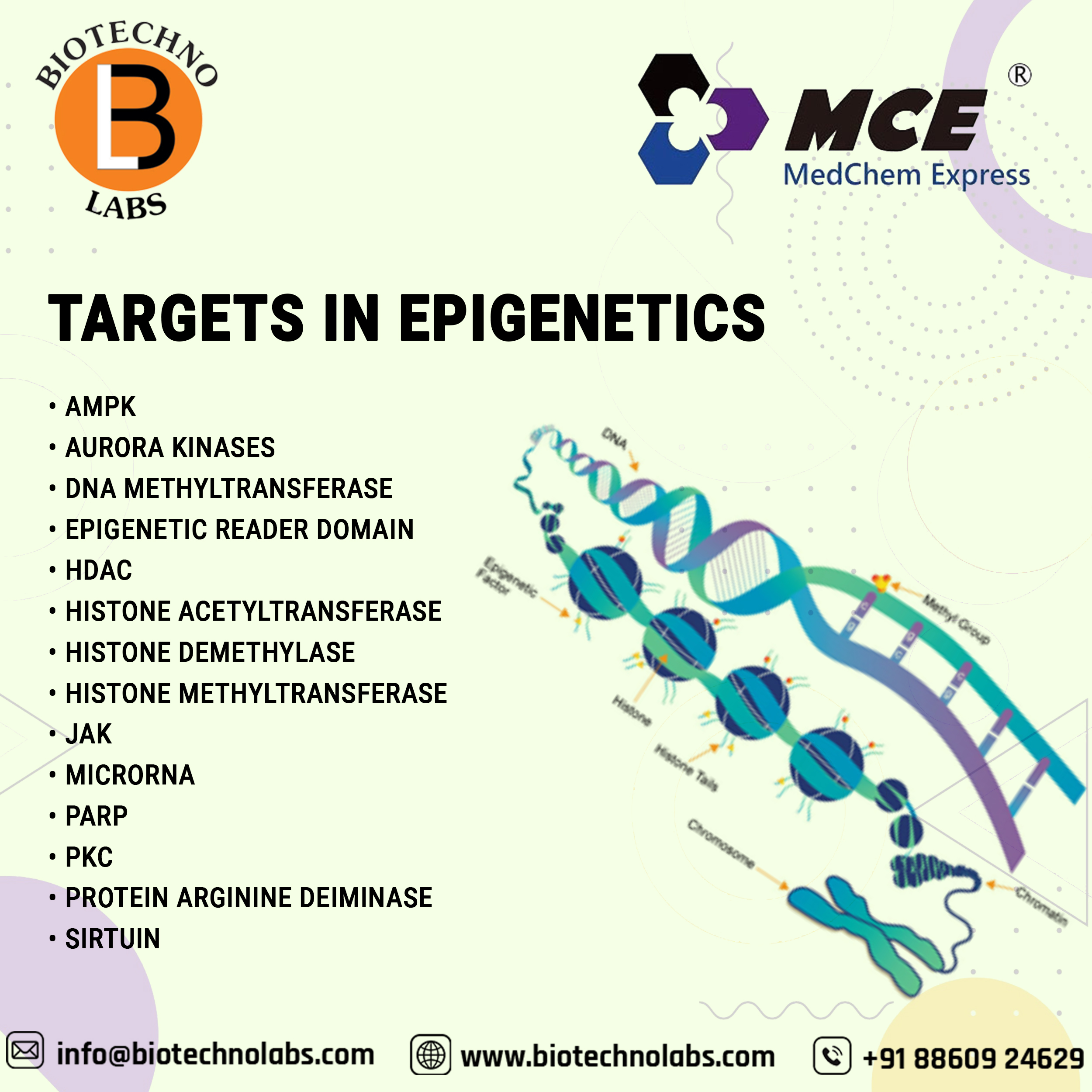 
Our eminent principal MedChem Express has a broad range of products to support the research in the field of Epigenetics. Epigenetics includes any process that alters gene activity without changing the DNA sequence and leads to modifications that can be transmitted to daughter cells. Many types of epigenetic processes have been identified—they include DNA methylation, alteration in the structure of histone proteins and gene regulation by small noncoding microRNAs.

Many different DNA and histone modifications have been identified to determine the epigenetic landscape. DNA methylation is mainly mediated by DNA-methyl transferase (DNMT), there are two known types of DNMT, namely DNMT1, which preserves pre-existing pattern of methylation after cell replication, and DNMT3A/B, so-called “de novo” DNMT, which methylate previously unmethylated DNA. Histone modifications mainly include acetylation, methylation, phosphorylation, and ubiquitination. The acetylation of histones can be mediated by histone acetyltransferases (HATs) and histone deacetyltransferases (HDACs), while Histone demethylation is performed by two classes of histone demethylases: lysine-specific demethylase (LSD) family proteins (LSD1 and LSD2) and JmjC domain containing histone demethylase (JHDM). Furthermore, enzymes involved in epigenetic modifications can also be governed by miRNAs. For example, miR-34a can directly inhibit the activities of SIRT1 to regulate cholesterol homeostasis.

The accumulated evidence indicates that many genes, diseases, and environmental substances are part of the epigenetics picture. Drugs that inhibit DNA methylation or histone deacetylation have been studied for the reactivation of tumor suppressor genes and repression of cancer cell growth.

What are Kinases ?? What are There Types ??

We, Biotechno Labs based in New Delhi, India are committed to being the most reliable supplier for life science research products in the entire Indian market