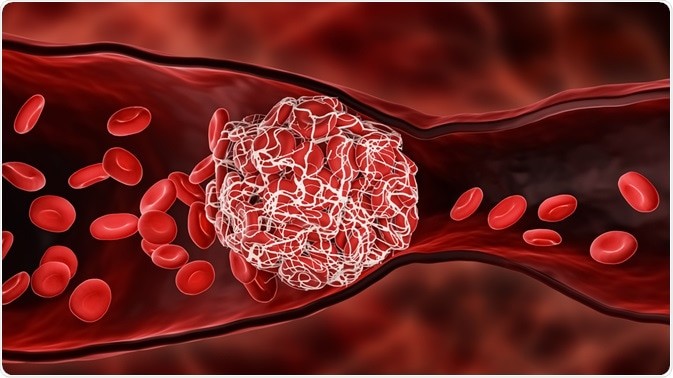 
Warfarin is an anti-coagulant drug which prevents the blood coagulation in diseases like deep vein thrombosis and pulmonary embolism. The route of administration is oral. Warfarin reduces bloodclotting by inhibiting an enzyme called Vit K epoxide reductase that reactivates Vit K1.In patients suffering from deep vein thrombosis or atrial fibrillation, formation of thrombus is common because of less blood circulation. In cardiac valve disease or valve replacements there is higher because of damage in the tissue. Thrombi formed in heart or lung can block circulation in lung or can cause ischemic stokes respectively. Hence the prevention of these events is the main target of warfarin therapy.

BTL Biotechno Labs Pvt. Ltd. is your trusted supplier of chemicals to to deliver all kinds of chemicals product at best prices in the market. We are also authorised distributor of ELISA Kits and Antibodies.

The IUPAC name of Warfarin is 4-hydroxy-3-(3-oxo-1-phenylbutyl) chromen-2-one with a molecular formula of C19H16O4 and molecular weight 308.3. It belongs to the class of Antithrombotic agents. It is anodourless and colourless crystalline powder.As per the X-ray crystallographic studies, warfarin exists in tautomeric form, as the cyclic hemiketal, which is formed from the 4-hydroxycoumarin and the ketone in the 3-position substituent. Warfarin contains a stereocenter and consists of two enantiomers. This is a racemate, i.e., a 1: 1 mixture of (R ) – and the ( S ) – form.R-warfarin is cleared more slowly than S-warfarin, at about half the rate. T1/2 for R-warfarin is 37-89 hours. T1/2 for S-warfarin is 21-43 hours.

There are three FDA-approved clinical uses:

Warfarin acts by inhibiting the production of Vit K by Vit K epoxide reductase. Vit KH2 is the cofactor used in the γ-carboxylation of the factors VII, IX, X, and thrombin which leads to conformational change that further causes their binding with Ca2+ and to phospholipid surfaces. Also, the uncarboxylated factors VII, IX, X, and thrombin are biologically inactive and hence can cause interruption in the coagulation cascade. There are some endogenous anticoagulation proteins like C and S which also need γ-carboxylation for activation. Vit KH2 is converted to Vit K epoxide which is then converted to Vit K1 by Vit K epoxide reductase then again toVit KH2. Warfarin binds to Vit K epoxide reductase complex subunit and hence stop the recycling of vitamin K by preventing the reaction of Vit K epoxide to Vit K1.


BTL Biotechno Labs Pvt Ltd supplies a wide range of chemicals to support the advancement of research. We provide Warfarin at a competitive price, with fastest delivery and your desirable pack size.